It's an active volume pedal that runs on 120VAC. It's half a decade old and used to work, I swear. 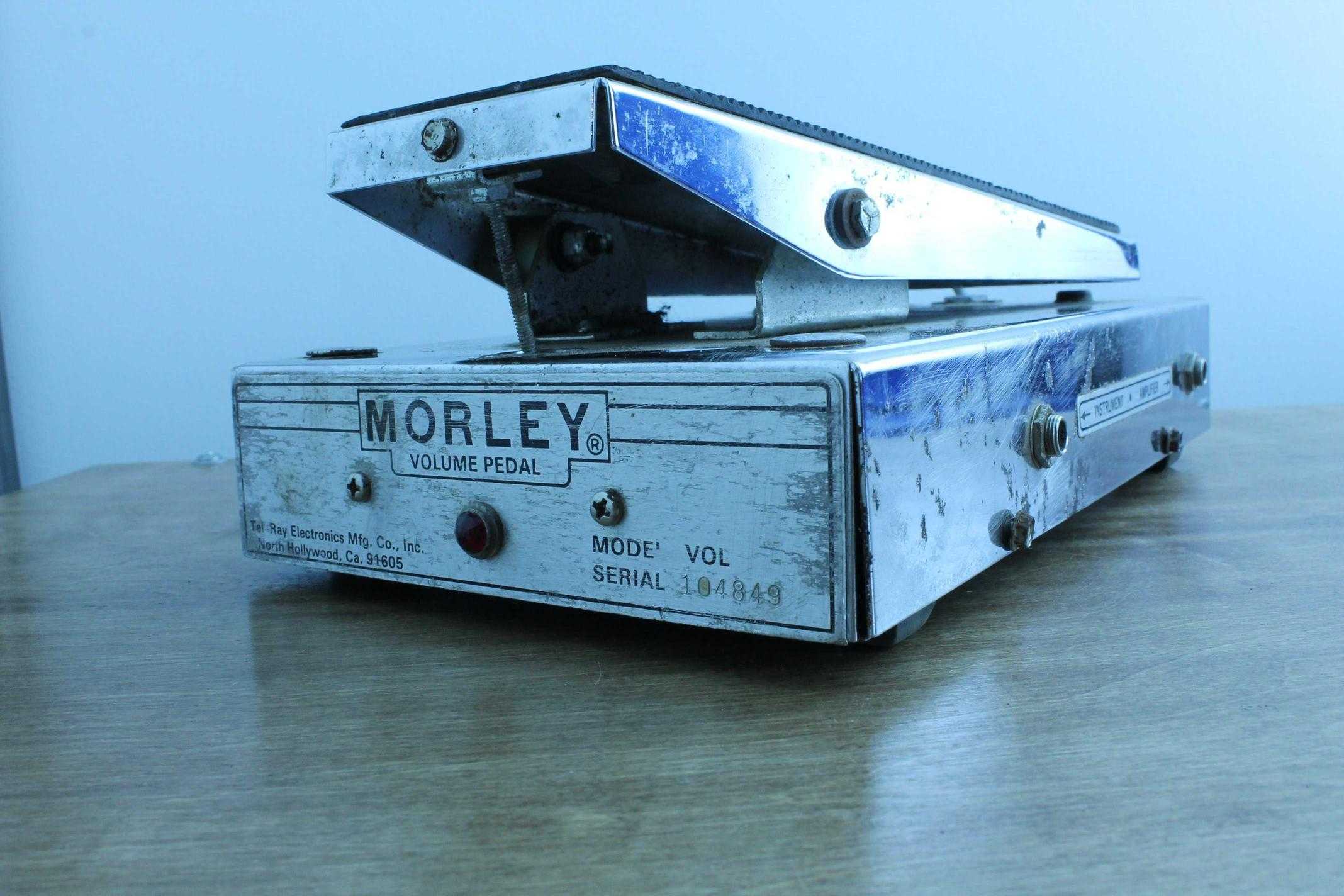 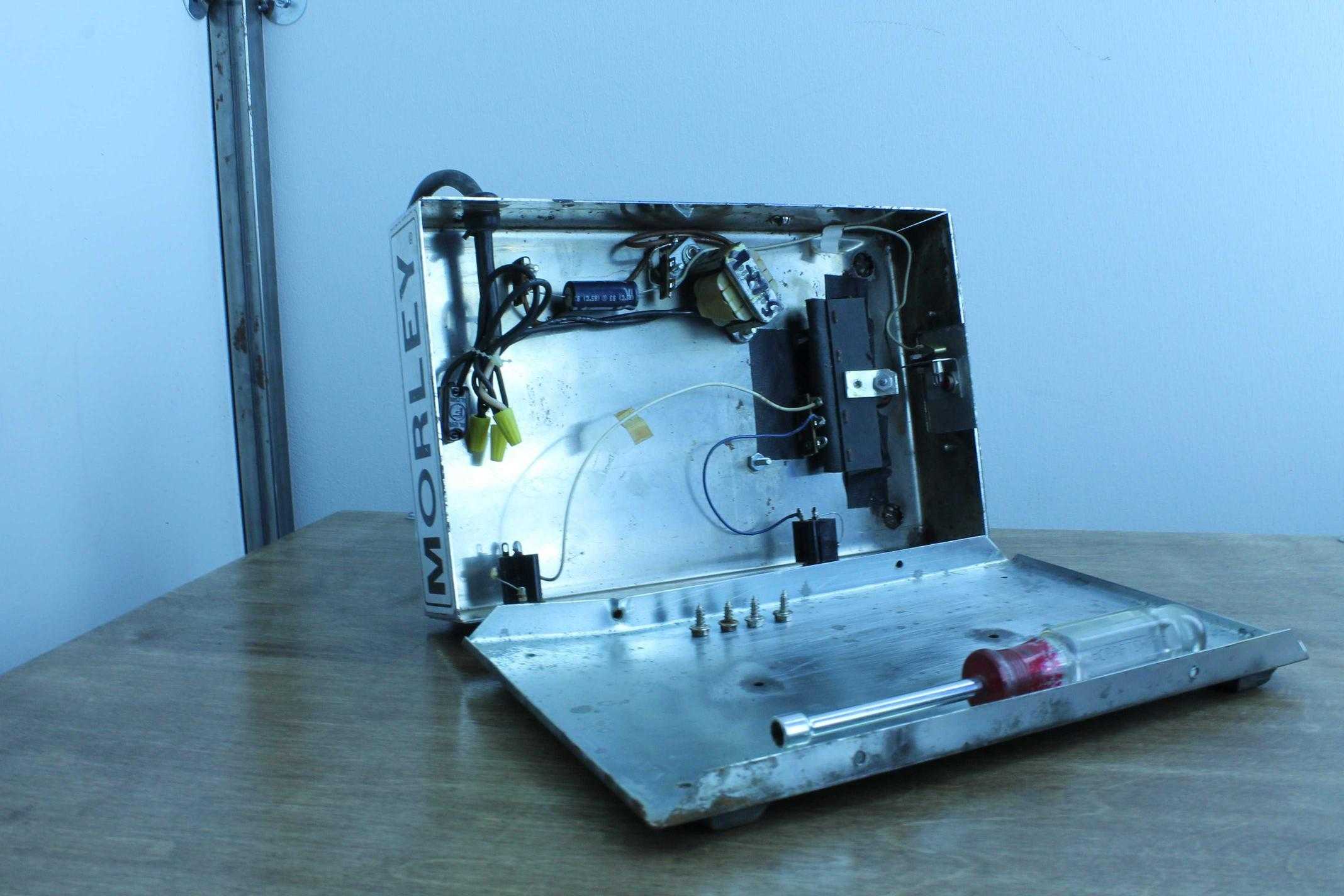 The circuitry all floats inside. Your foot moves the pedal moves an arm that holds a little curtain: the curtain sits between an incandescent bulb (which doubles as an indicator light) and a photoresistor: the farther back you push, the less light reaches the photoresistor. The photoresistor joins the two 1/4" jack and so the volume is attenuated. 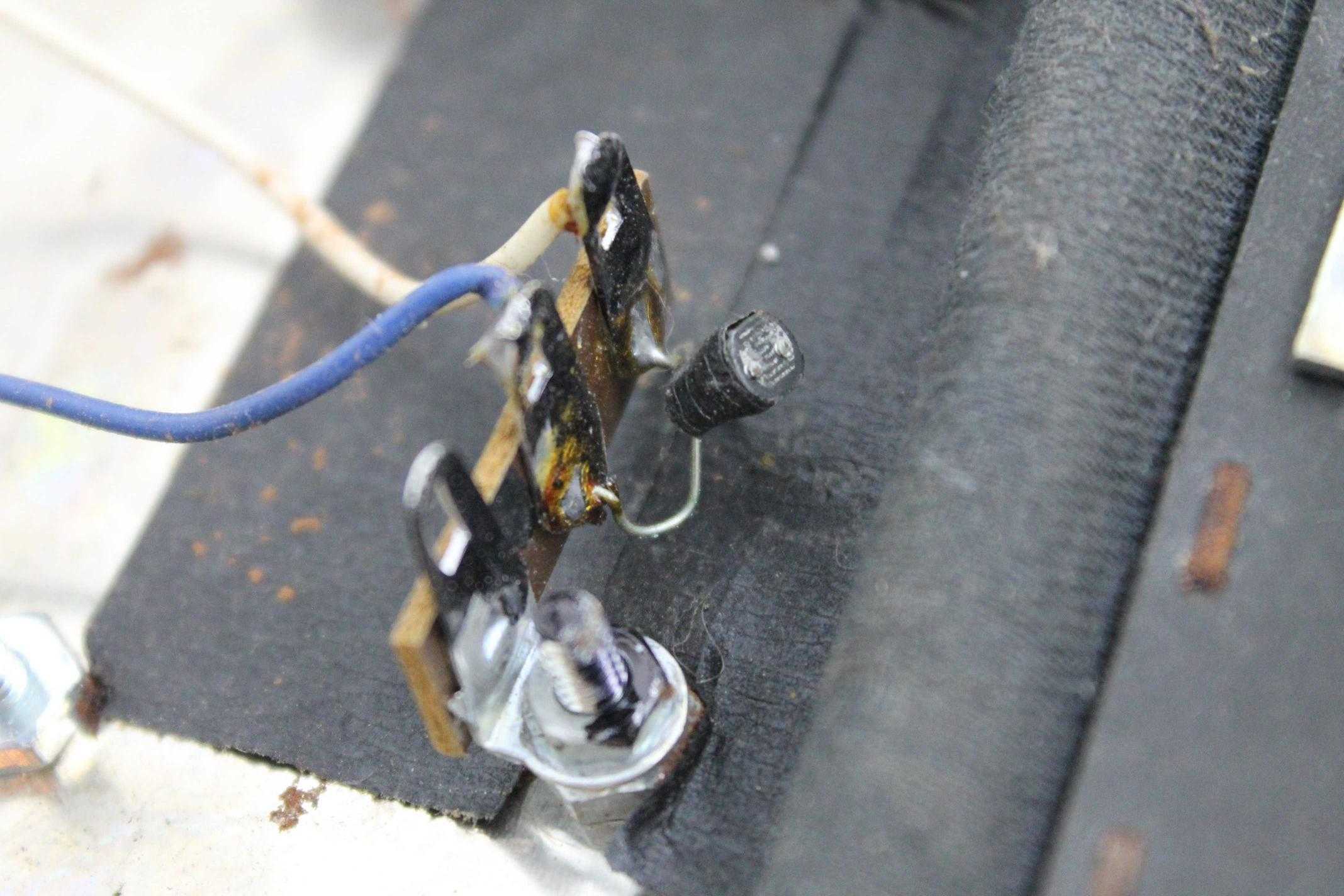 By the way, there's no buffer, only a photoresistor between the input and output. Sometimes there are rumors that optical volume pedal design prevents "tone suck", but I don't think that's true here. The input and output impedances change with the pedal just like they would with a normal friction potentiometer... 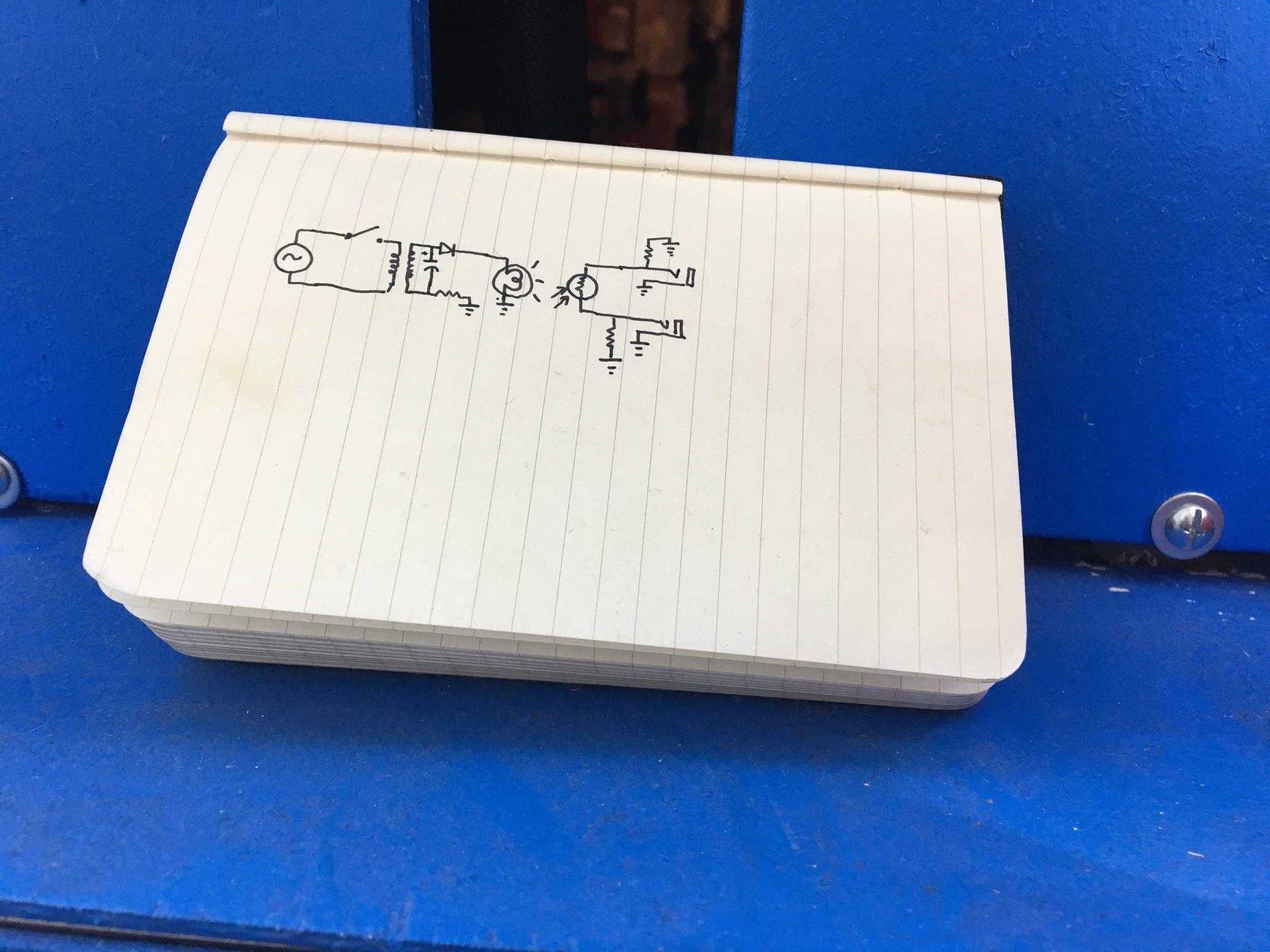 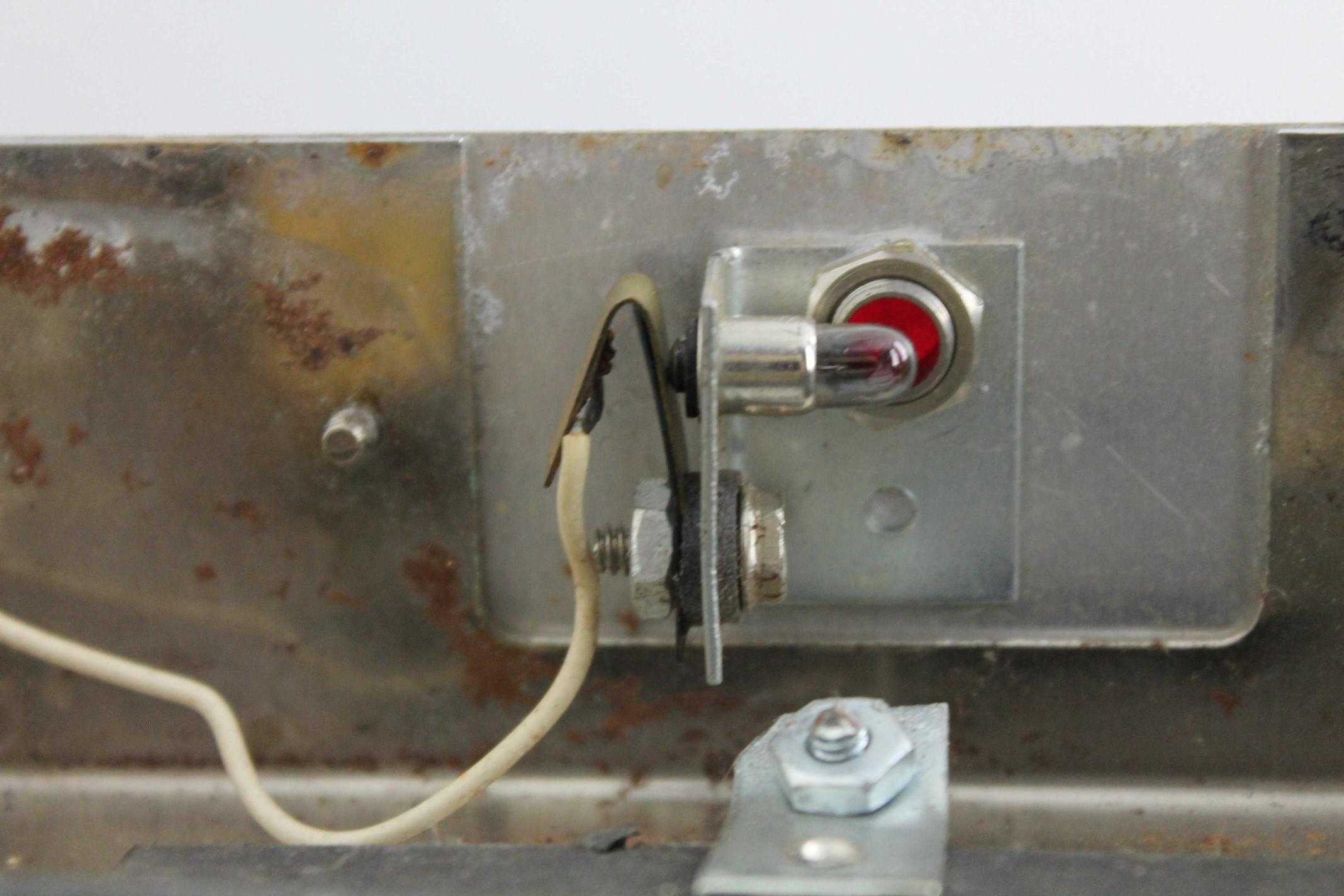 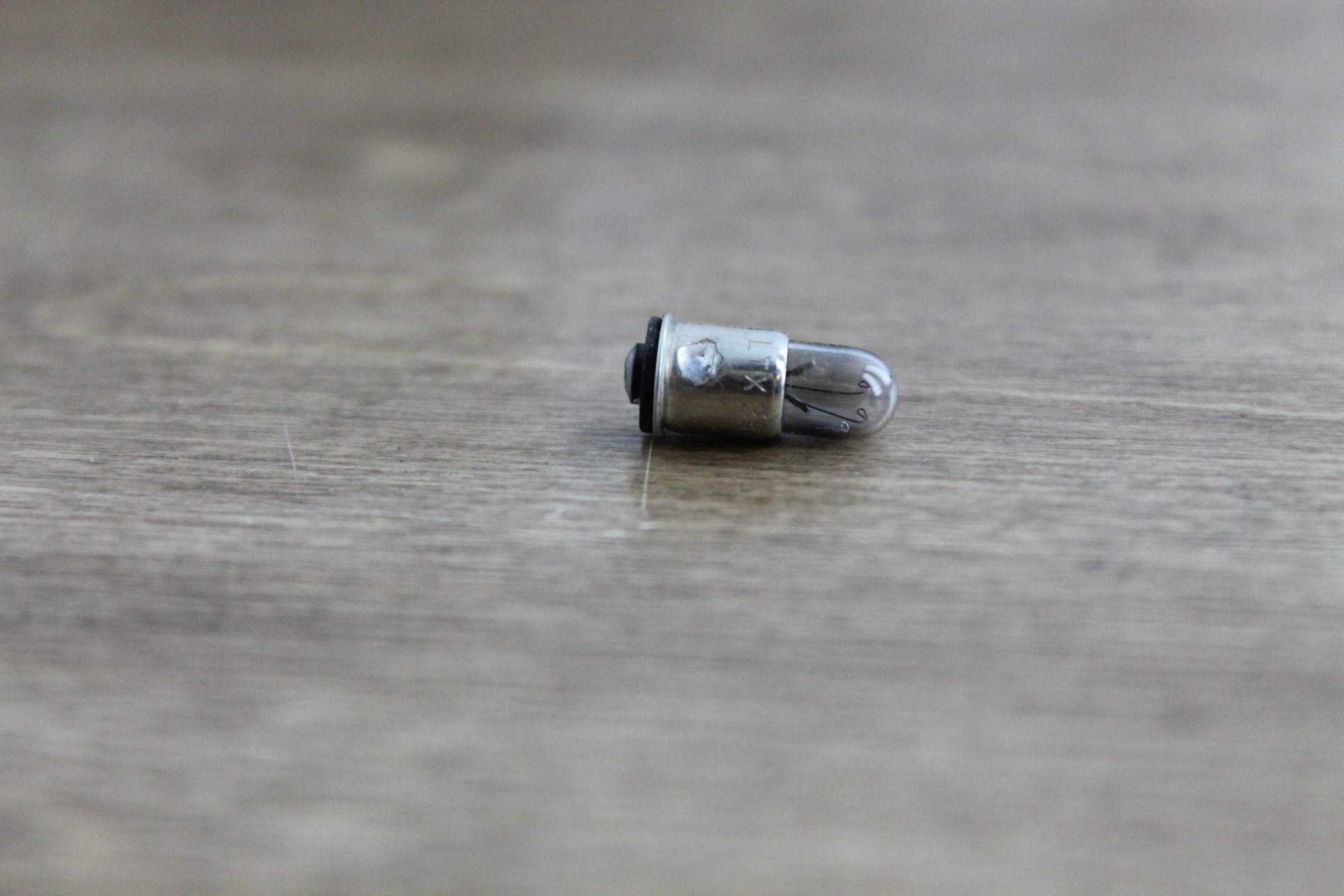 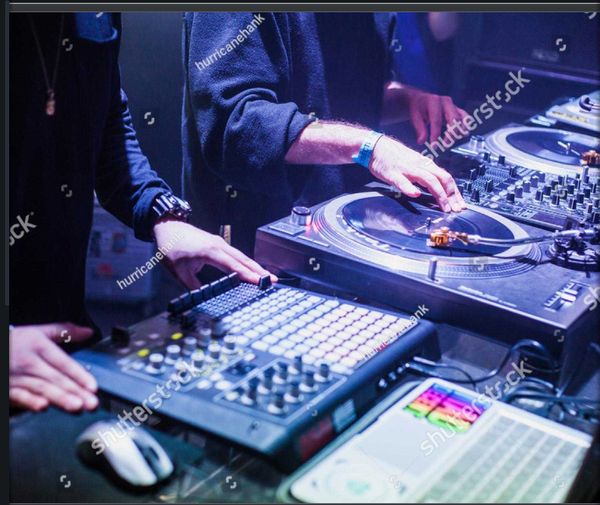 I set out to build a drop-in replacement for serialosc, the program that interfaces between the monome grid and OSC. Here's what I got after a week. 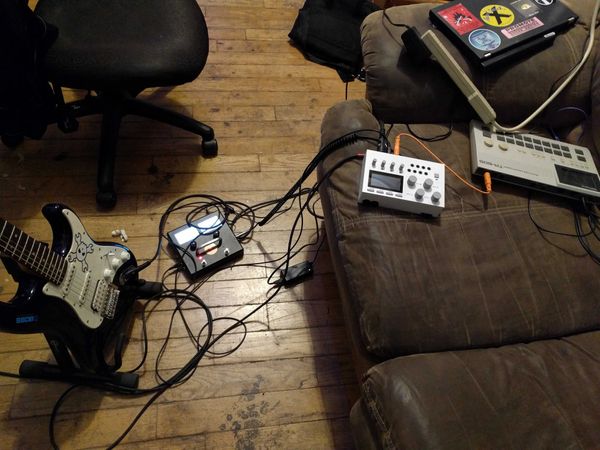 The Aleph is really complicated. It took over a week for me to go through tutorials, read docs and experiment until I could do new things myself and get results I would expect.